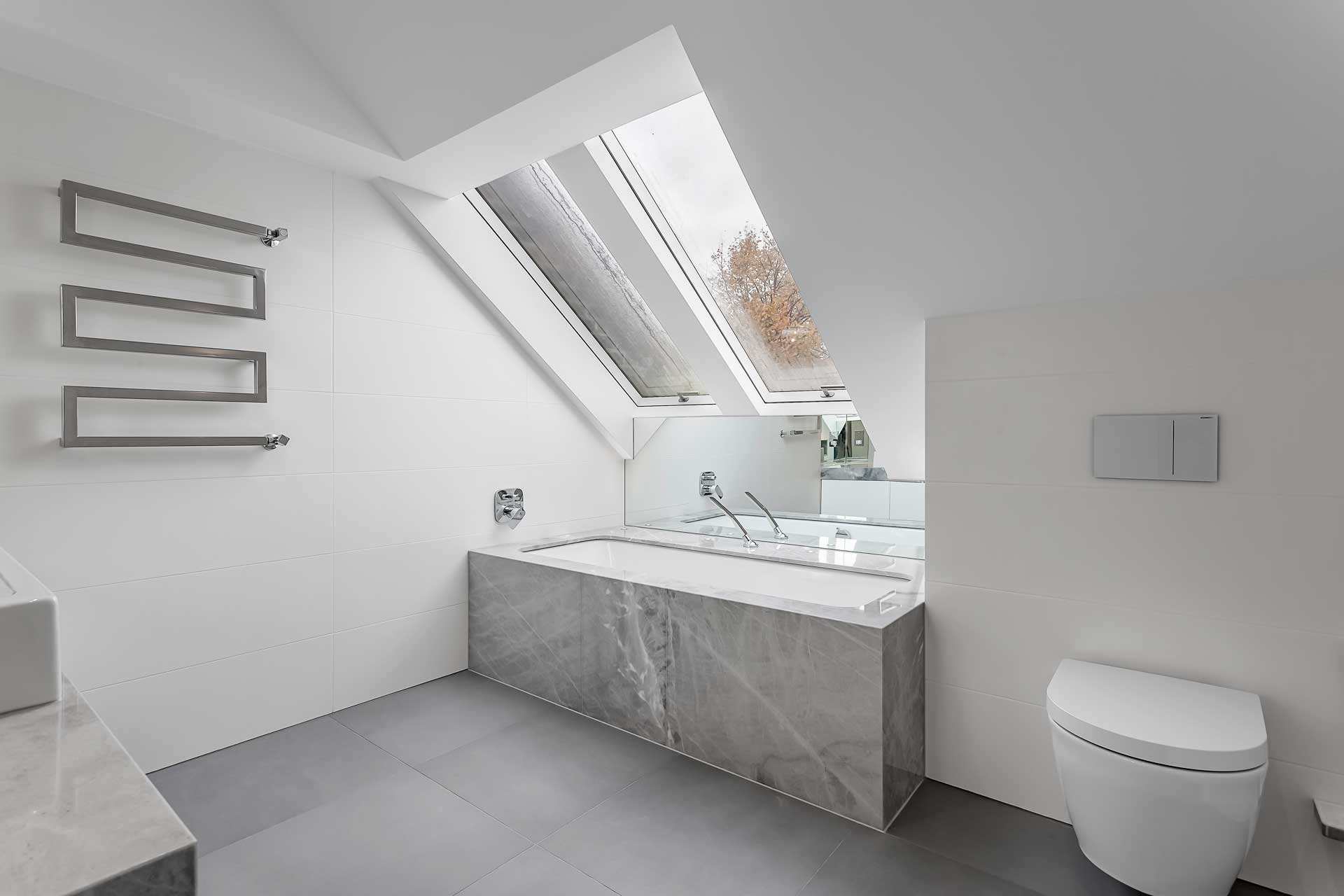 This 3-storey, semi detached Victorian house was refurbished throughout. The double frontage was renovated and brought back to its’ former, ornate glory, whilst a new front garden boundary wall was constructed in the original style. The extensive front garden was paved to create a patio/dining area with raised planters and the remaining garden was landscaped and planted.

Internally, the ground floor was fully opened up to create an open plan kitchen/living and dining area, with a feature oak-clad stair case and an oak veneered central ‘box’ housing the cloakroom and WC. Polished concrete was laid throughout the ground floor and a minimal shadow gap detail was incorporated to the bottom of walls instead of skirting.  Crittal fixed screens, defined the dining area and contributed to the industrial aesthetic.

We designed the kitchen, which continued the oak veneer on the perimeter tall units and high-level units and incorporated feature strip lighting.

A new basement was constructed, housing a study, utility room and Cinema room with built-in bar area, which we designed.  A covered courtyard was created to the front of the house at basement level, with storage below the stairs down from the front garden.  A walk-on glass roof in the front patio allowed light down into this space.

Upstairs, we reconfigured the layout to include 6 bedrooms, including a master bedroom, with dressing room and ensuite. 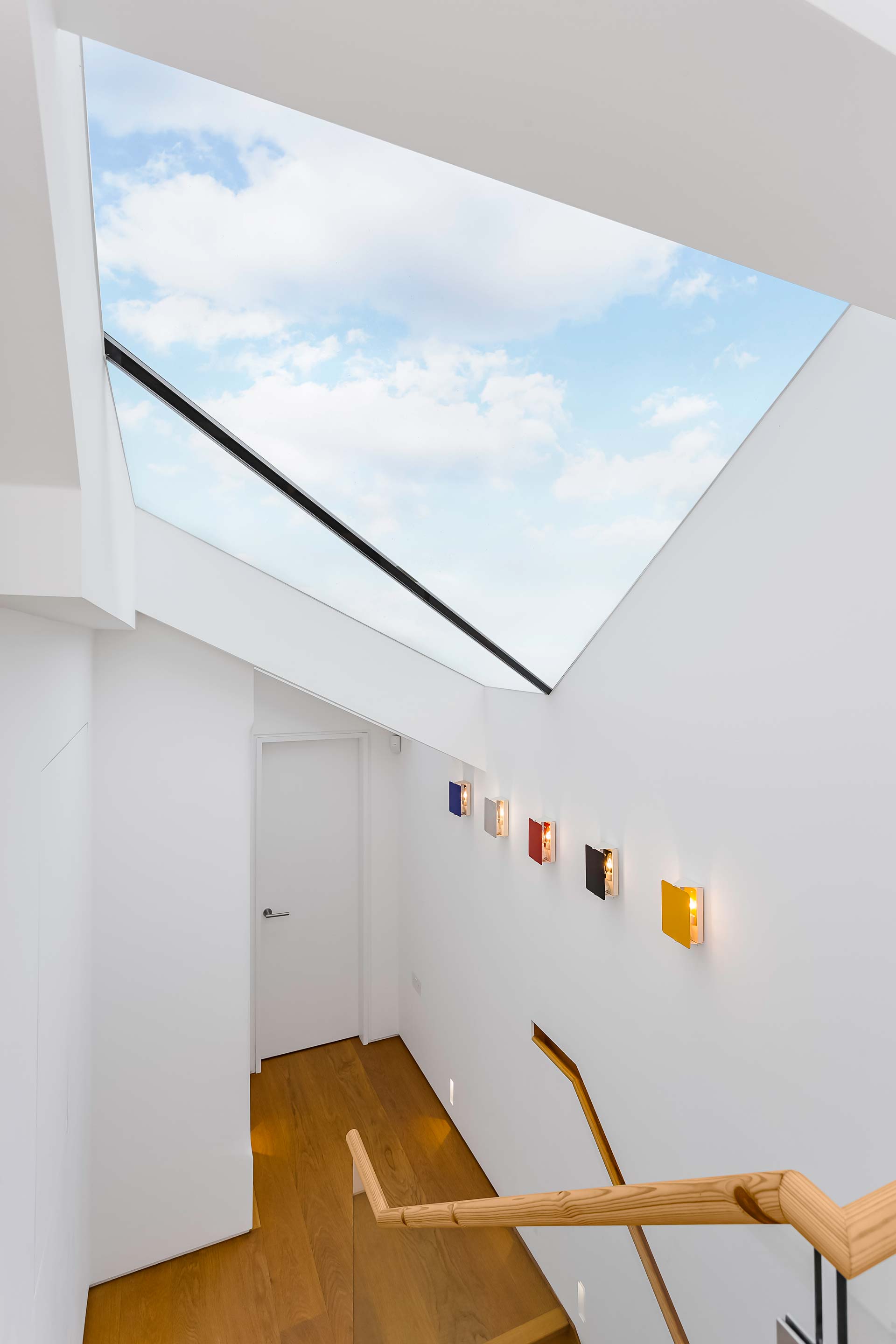 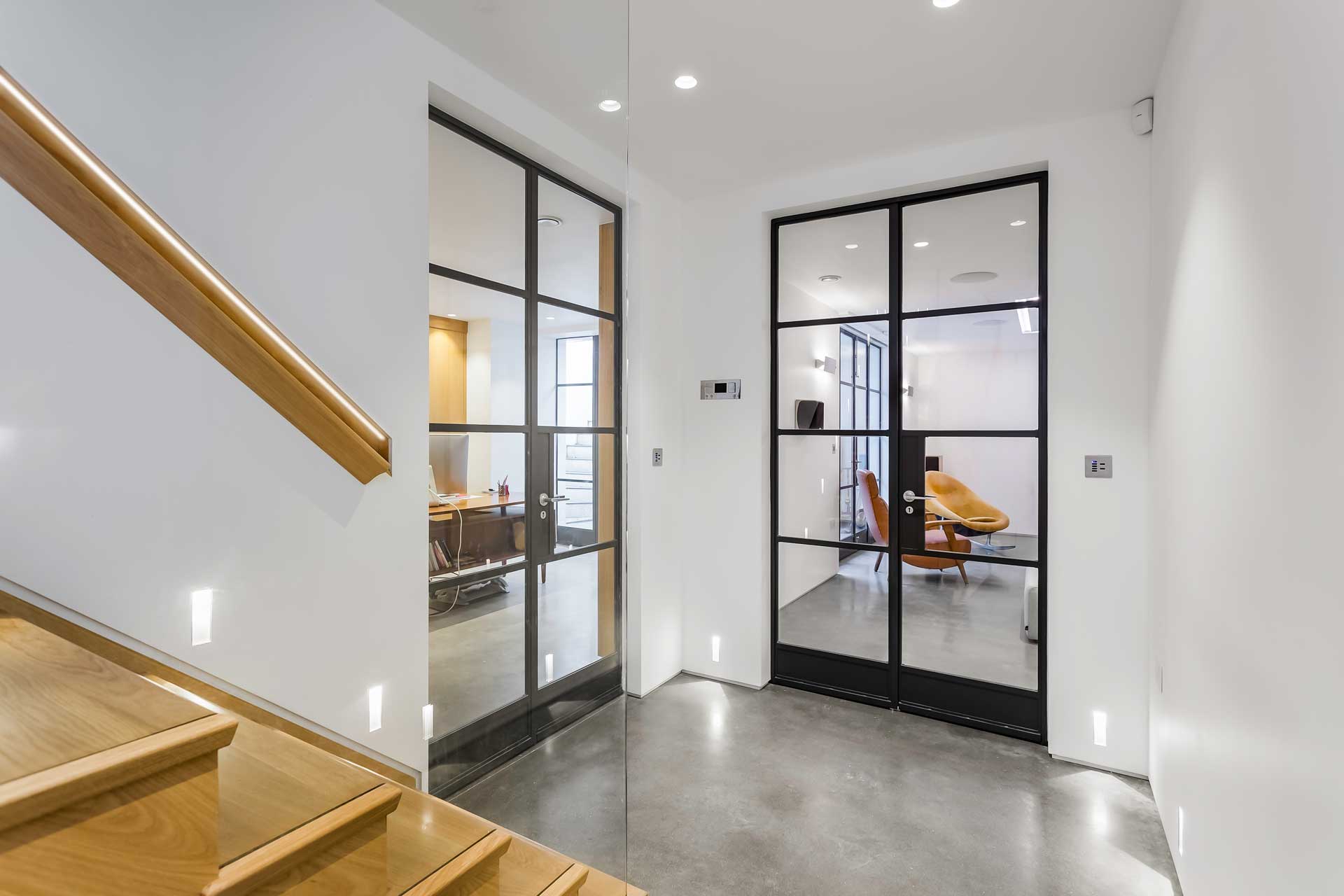 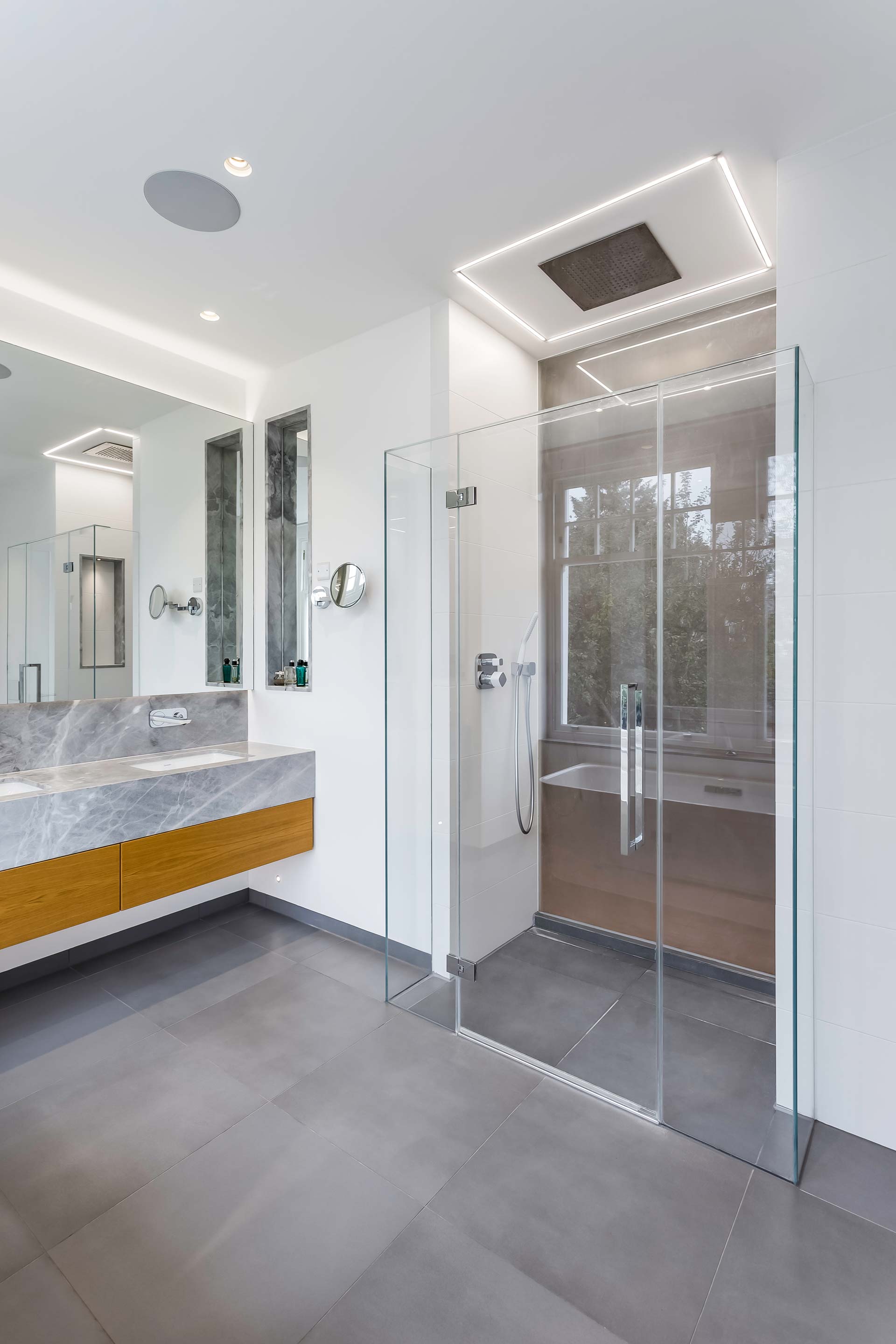 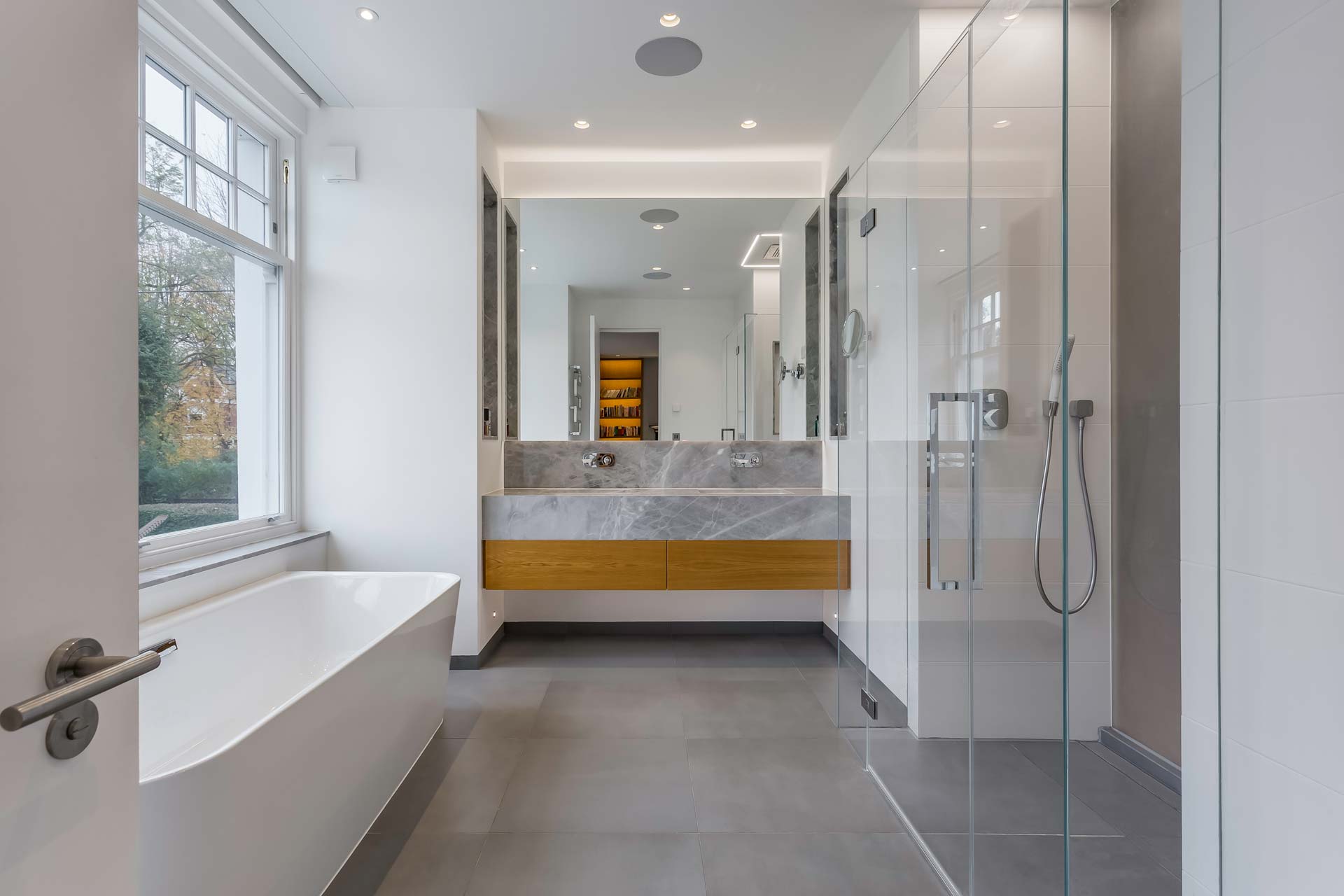 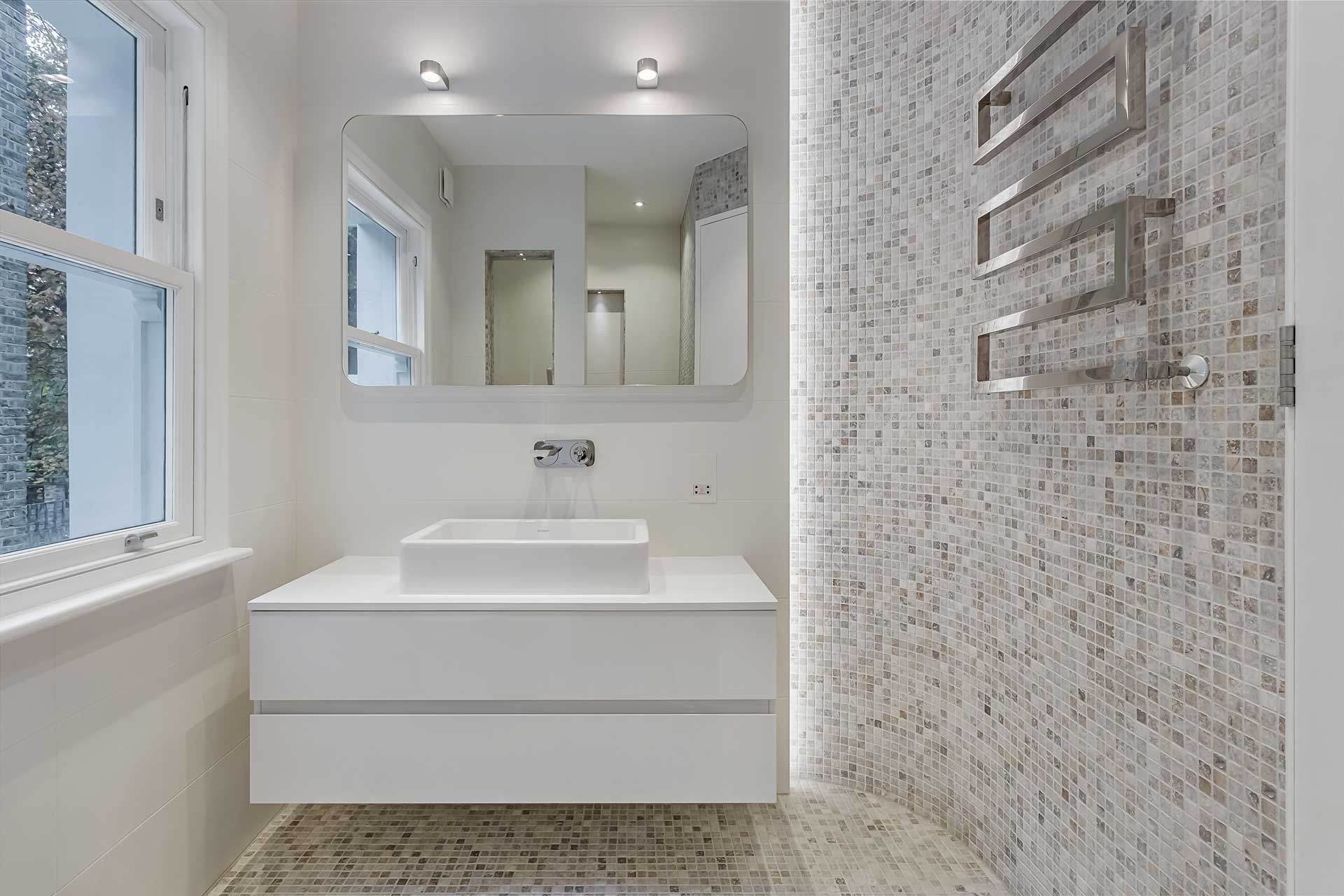 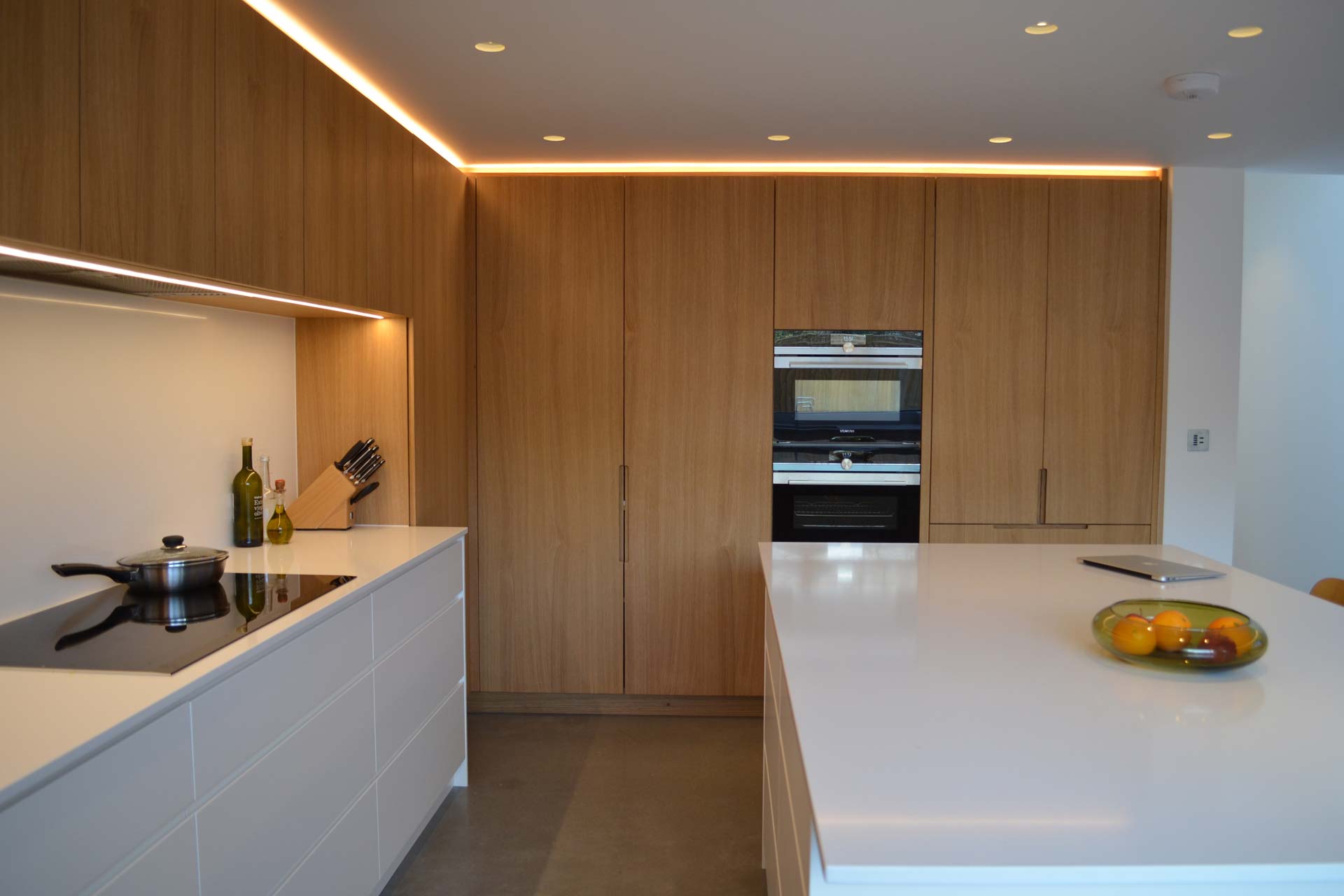 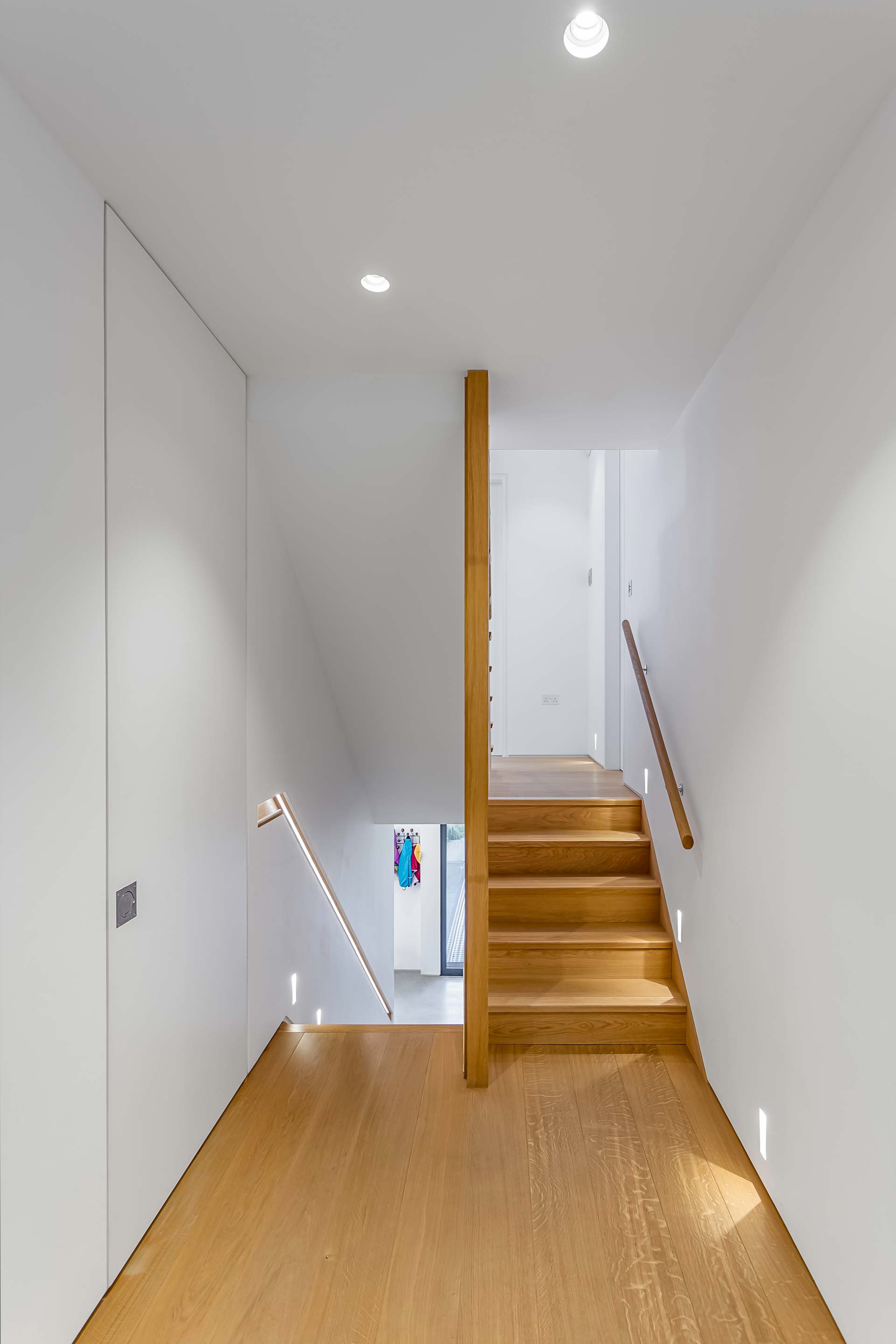 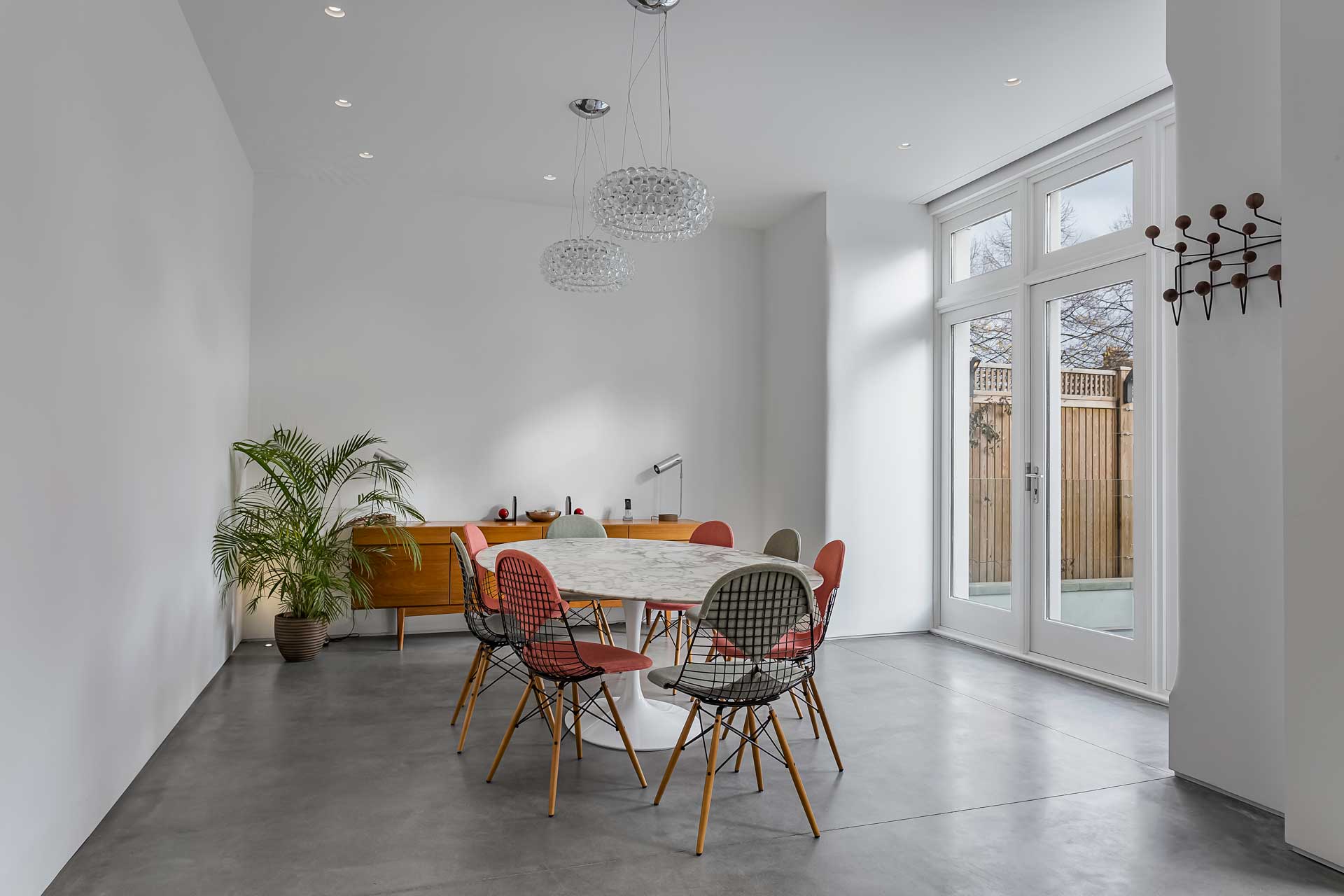 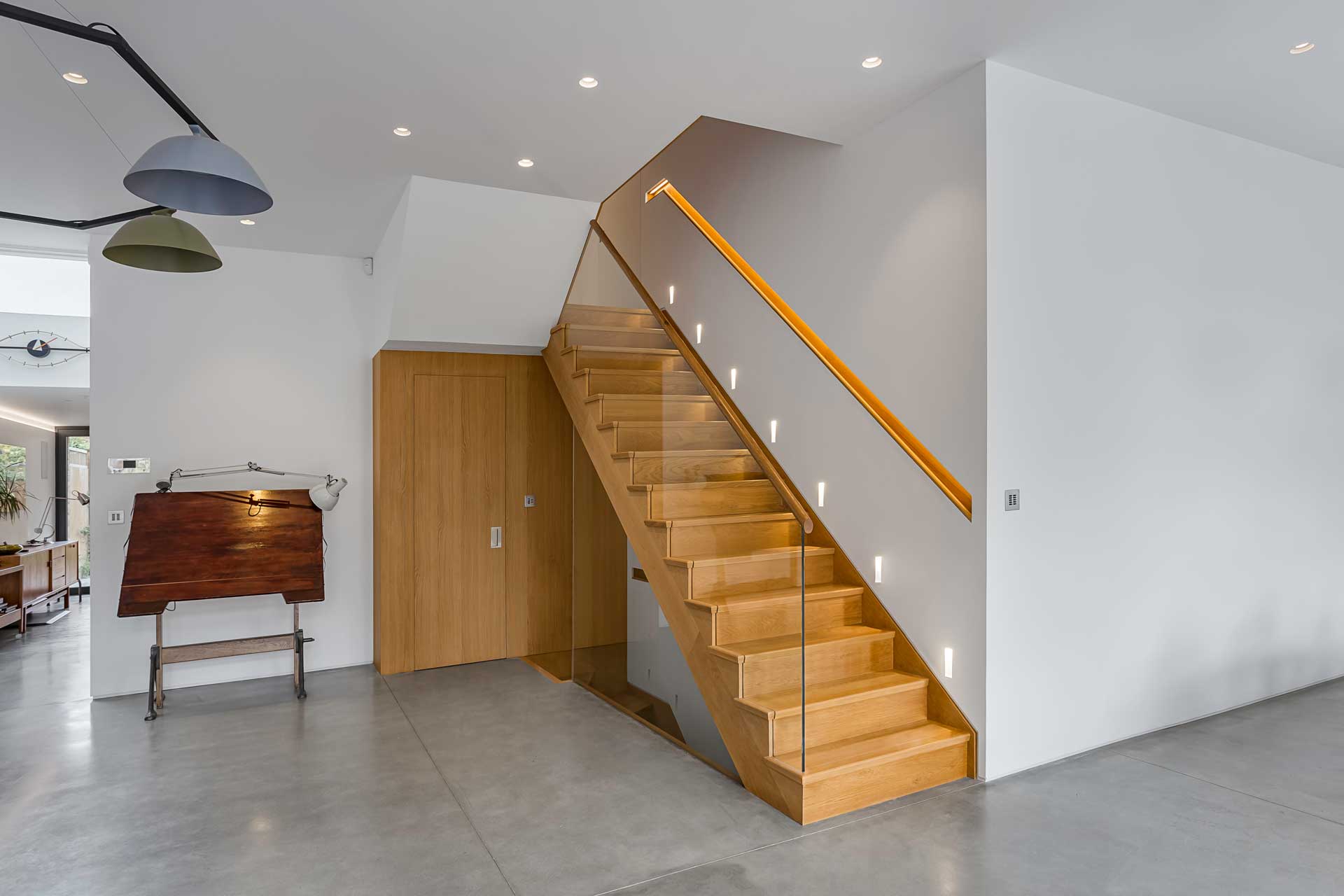 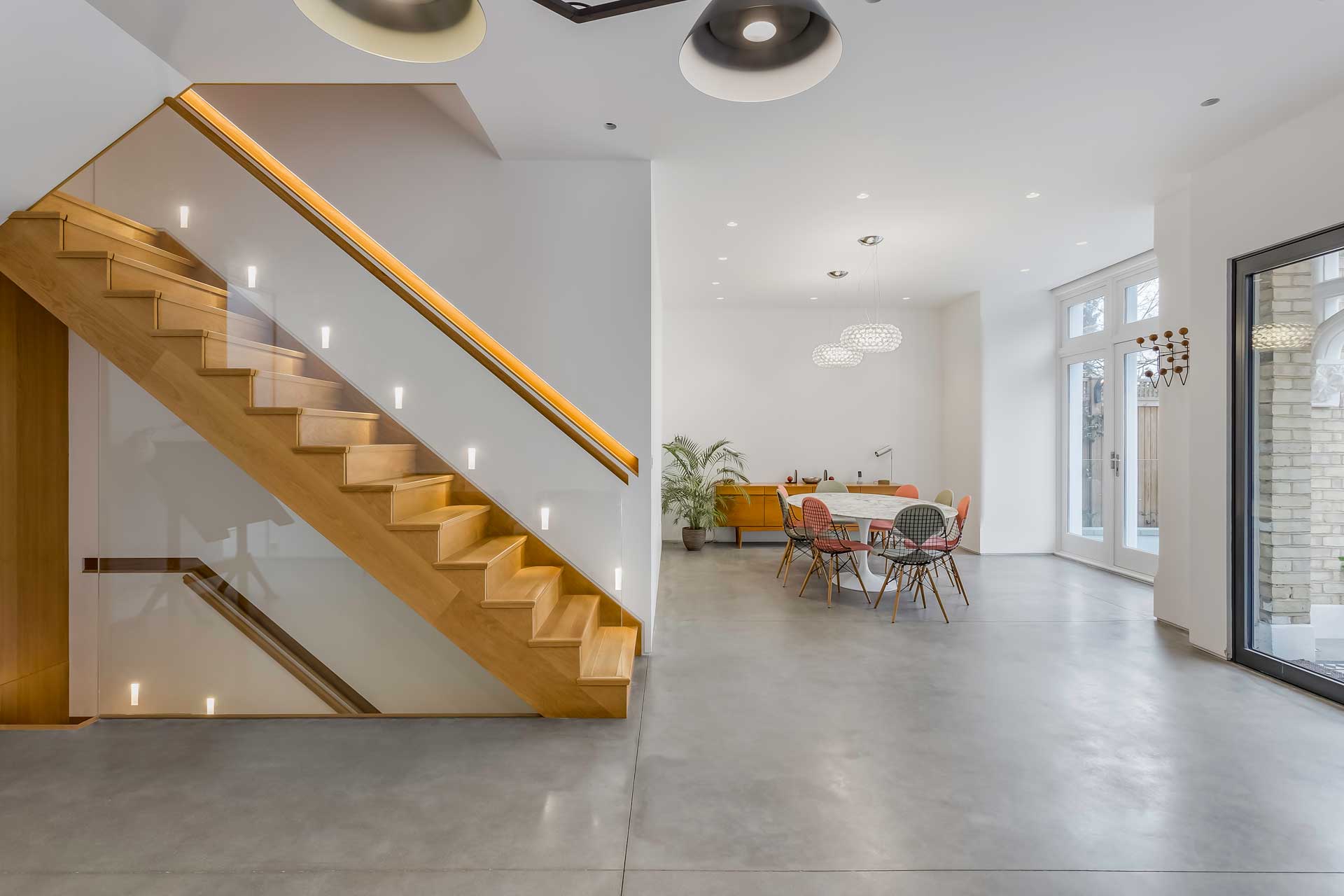 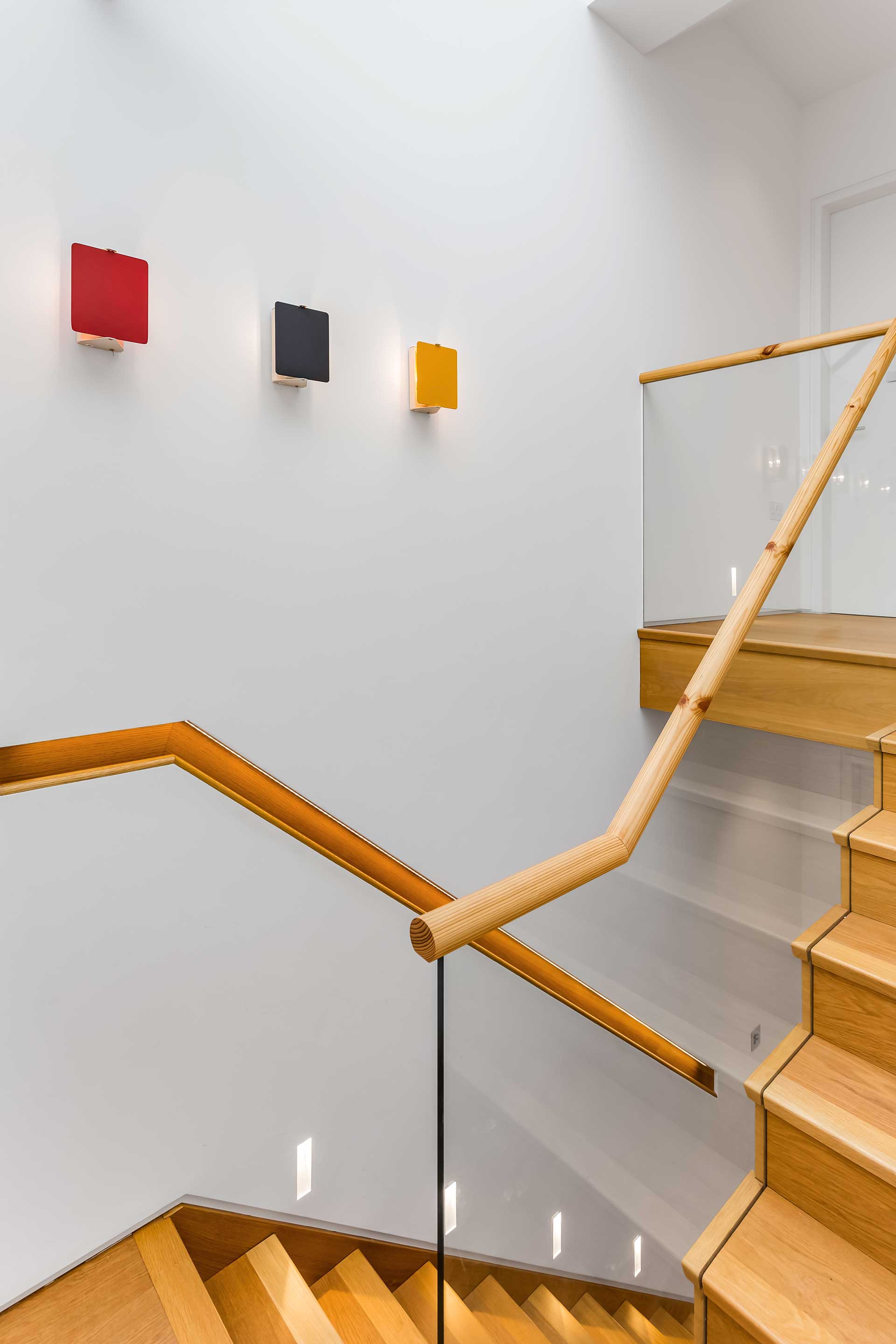 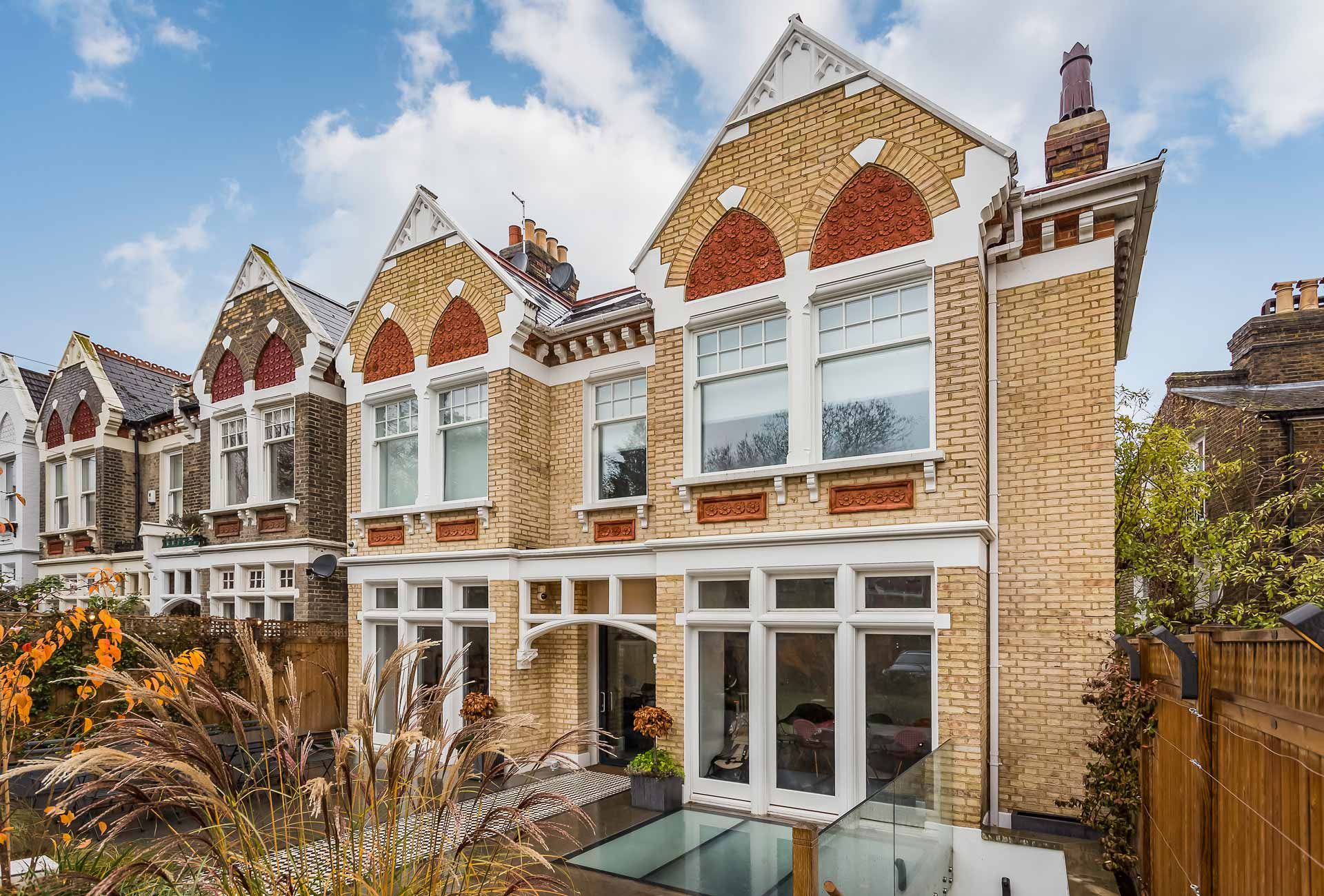 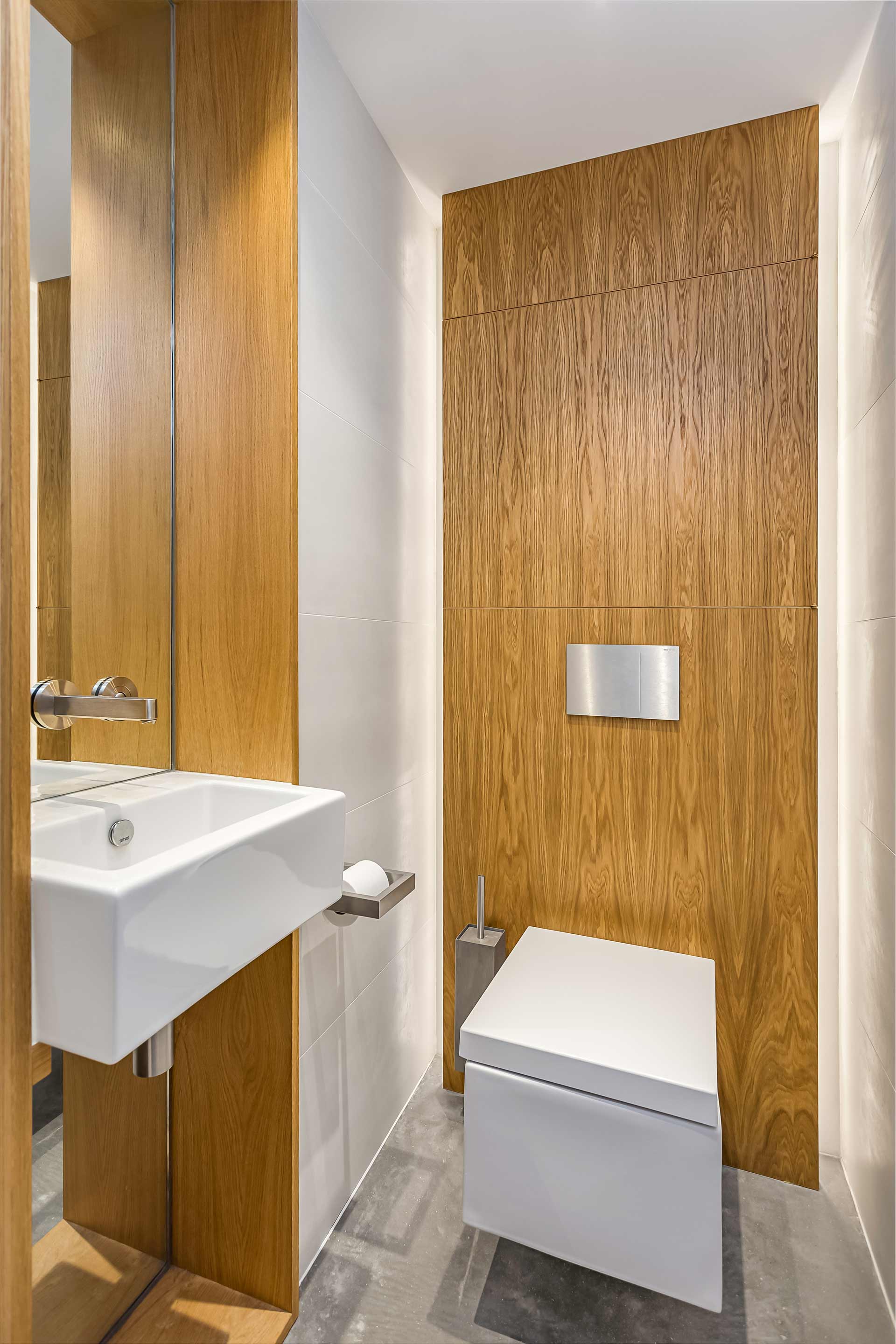