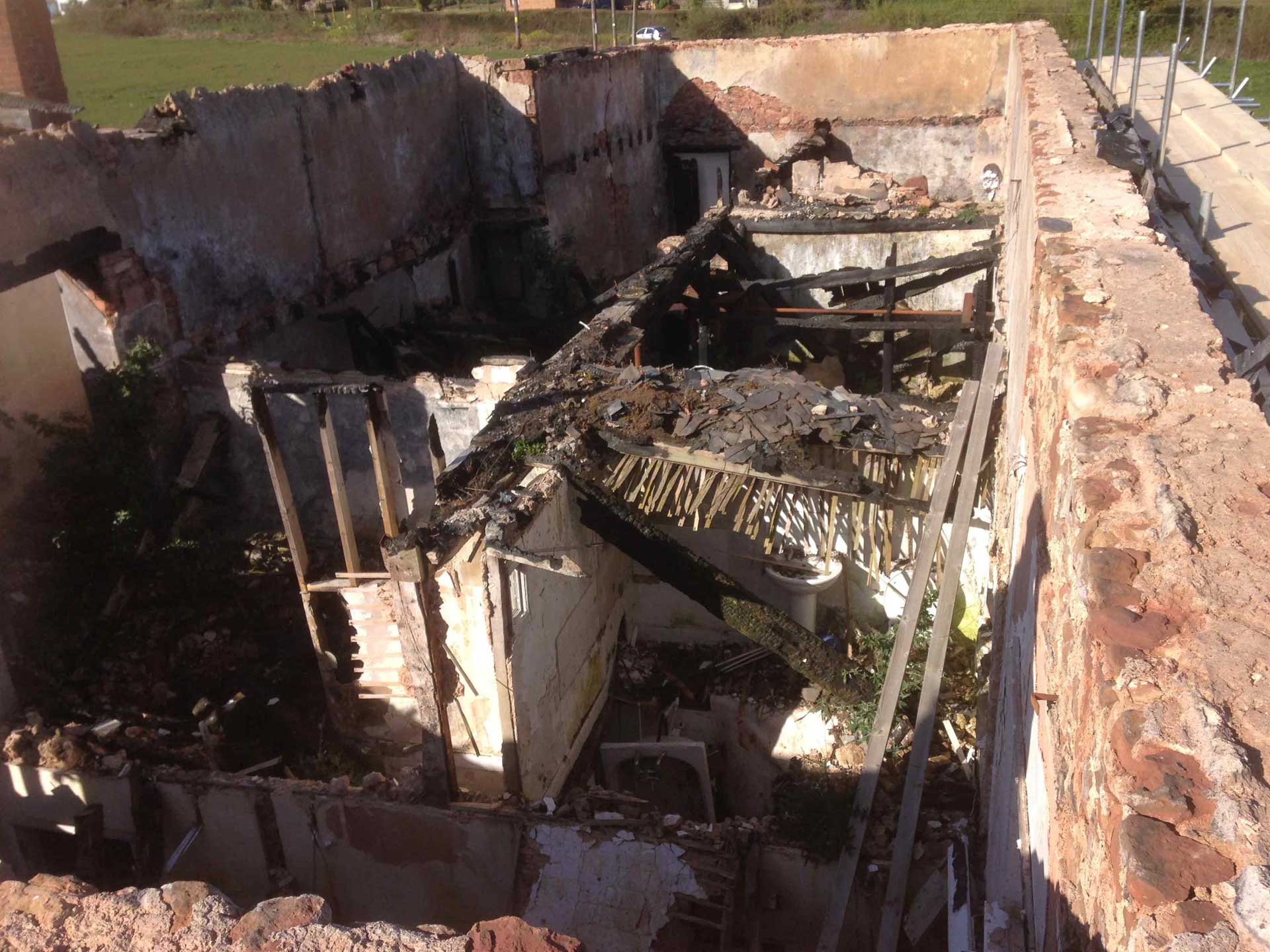 Historic England lists this building as a corn mill and miller's house dating from the late 17th century on a site of a much earlier medieval mill which forms part of Cleeve Abbey Scheduled Ancient Monument, a 12th century Cistercian Abbey.

Following a catastrophic fire we were asked to see if the building could be saved, restored and extended. The brief asked for the building to be turned into a family home, retaining as many original features as possible and extending the old dairy to form a large open-plan kitchen living area.

Dealing with a Scheduled Monument can be a lengthy process with a number of authorities to negotiate and deal with. A number of investigative surveys needed to be carried out, these included two archaeological surveys. After some months with help from specialist mill wrights and archaeologists we gained various permissions to proceed.

The building had been left derelict following the fire and had recently been bought buy our new clients, their aim was to get started quickly to avoid further deterioration to the fabric of the building. Our initial task was to erect scaffolding to support the crumbling walls as there was no roof left. Temporary works scaffolding had to be completely self-supporting, therefore huge water cisterns were used as counter weights to hold the scaffold which was then tied into the walls.

Once this was done we could then safely start to clear the interior of the building of fire damaged material and general plant growth that had started sprouting within the walls.

The walls then had to be structurally consolidated with an internal steel frame being installed to support the fragile rubble walls as a permanent structure. Once walls were fully stable work could start on the roof. This was a completely new structure which has to be carefully designed to match the shape and pitch of the burned out roof. This was done from two photographs that had been found whilst carrying out the original research on the building. Once the building was watertight the fabric was left to dry for a number of months whilst other works were carried out. A Limecrete floor slab was installed and the walls were given a coat of lime render or a parge coat. An inner wall of timber stud was then constructed, this was infilled with sheep's wool insulation. Finally a finish of hemp lime plaster was applied to finish the interior walls.

The two-storey new rear extension houses a master suite on the first floor with a large children's playroom/TV room below. The old dairy has been extended on the lines of a cattle byre, with a contemporary glazed open side creating fantastic views over the fields. This is home to the kitchen - the hub of the house.

The side entrance was redesigned and enlarged, this gave direct access to the boot room and rear hall from the orchard.

The old mill leat supplying the water wheel was cleared of vegetation, consolidated and now gives context to the once overgrown bank.

The building is now saved and is being used as a family home. It can now play it's part as an integral piece of the Scheduled Ancient Monument Site.